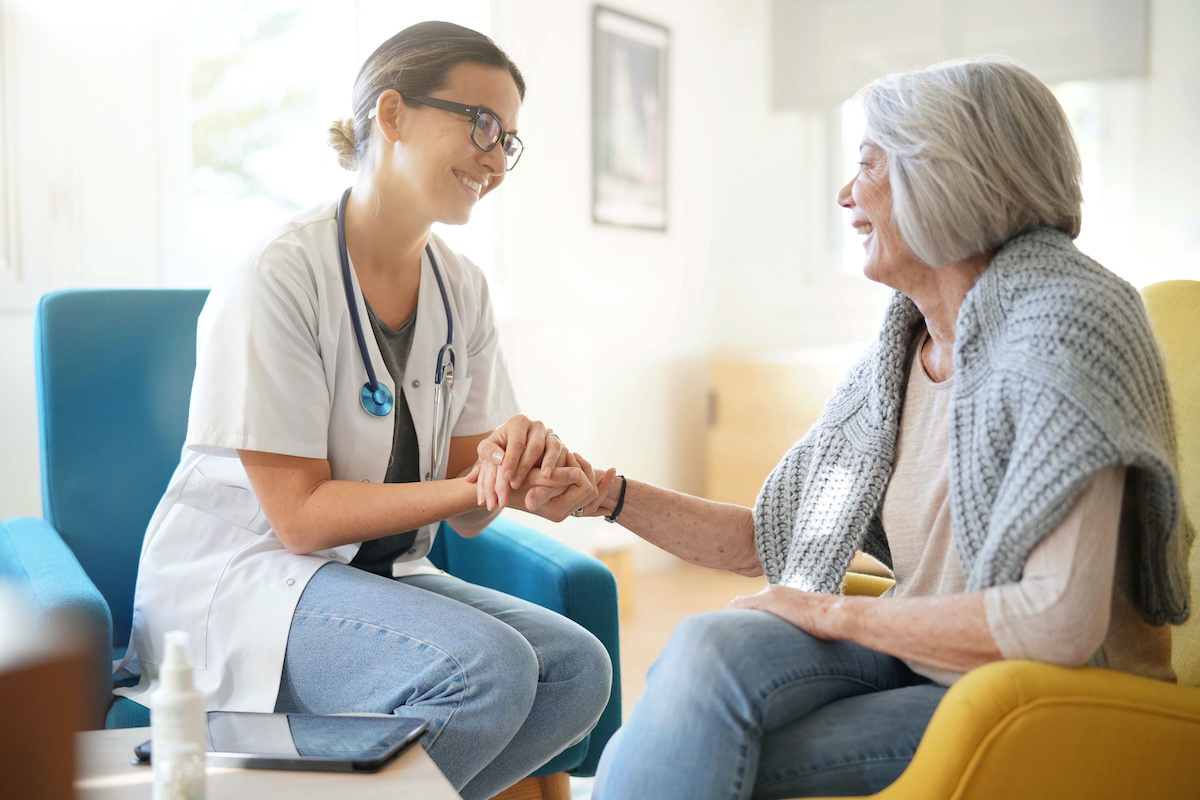 Whatever you call it, it’s a growing trend in the United States. And one that my husband and I are seriously considering after he retires in 2023.

Why? Because where we’re moving there are few primary care doctors taking new patients. I know there’s a doctor shortage across the country. However, it seems especially acute in the New England area where we’ll retire.

In doing our research to figure out which kind of insurance to buy off the ACA exchange and how to find a PCP–primary care physician–our searches turned up this notion of concierge primary care.

Turns out, concierge medicine is a newer way of delivering healthcare. And it’s growing in popularity.

According to the Direct Primary Care Coalition, an industry organization, there are approximately 1,600 direct primary practices in 48 states. (It doesn’t explain which two U.S. states do not seem to have concierge medicine.) Together, these practices see about 300,000 patients.

What is concierge medicine

Basically, belonging to a direct physician practice or having a concierge doctor means that you pay a membership fee to join a medical group as a patient. This membership fee gives you unlimited access to your medical team 24/7/365.

It includes same-day appointments and many other benefits. Some concierge doctors do house calls.

In researching this article, I discovered that there are two kinds of concierge doctors or direct primary care practices. One, there are the kinds that charge a membership fee but also take your private health insurance to cover your co-pays.

Two, there are practices that charge a membership fee but do not take insurance. However, they also don’t charge you extra for visits.

How does a concierge doctor membership work

First, you have to join and you do this by paying a membership fee. Most membership medical practices charge monthly or annually. Some offer discounts for couples or a family with children. In some instances they see children under 18 for free.

Many physicians that offer direct primary care will do a “get to know you” appointment for free before you join their practice. Some may charge a fee that will be applied to your subscription should you join their office.

There are even franchises or networks of concierge doctors. So, if you’re traveling or out of town, you may be able to see a concierge physician outside of your “home” office.

One such franchise is Signature MD, which has been around since before 2010. It has offices in 35 states, with more than 200 physicians seeing patients.

Another example is One Medical. It calls itself a membership-based primary care practice. It has 125-plus offices in 19 cities across the United States in the following states:

According to the One Medical website, members can be treated at any One Medical location:

“All of our providers have access to your complete One Medical health history — so you can get truly personalized care wherever you work, live, and travel.”

This is also true of MDVIP, another concierge doctor franchise. Brette Sember, 53, of Clarence, New York, is a member of an MDVIP practice in the upstate New York town where she lives.

When she was visiting family in Florida for an extended trip, she was able to see a doctor at MDVIP in Florida. “I needed to get my monthly allergy shots,” says Sember, who has been a member of MDVIP for eight years, “and the MDVIP doctor there was able to give me them.”

Why people choose to go with a concierge doctor

I asked Brette why, eight years ago, she decided to give up a traditional primary care doctor and go with a concierge one. Turns out, there were lots of reasons that added up to this decision.

“I had tried several family doctors and just didn’t like any of them. I felt as though they never had time to really answer my questions or think about my concerns,” she recalls. “One practice fired me when I questioned why they were sending me to a hospital an hour away from me for a routine surgery when a hospital 10 min away offers as good or better care. I just got tired of being just a number and not someone anyone cared about.”

This issue of “time” is what leads many doctors to join a concierge practice and for patients like Brette to switch to a concierge.

Number of patients in a practice

How many patients doctors see daily

How long your have to wait to get an appointment

Average wait time in the waiting room and exam room

How long your appointment is scheduled for

How much time you spend with the doctor

Some concierge doctors are also specialists. For example, they may be a pediatrician, obstetrician or geriatrics doctor. Others may have had training in dermatology, gastroenterology, cardiology or another speciality.

Other concierge doctors simply refer you to a specialist to deal with issues outside of primary care. I’m hoping that whichever doctor we choose has some expertise in midlife medicine or menopause, since I’m always hot at night.

While the term concierge doctor may apply to any doctor that requires membership or a subscription to their practice, there are different models. For example, some direct primary care practices take insurance, like MDVIP. So, when Brette goes to see a doctor, she pays a copay and MDVIP submits coverage for her visit to insurance.

Other concierge physicians do not take insurance. However, it also means you don’t have to pay a visit fee.

So, when you go to see the doctor, however long that visit lasts, it’s “free.” I put the word free in quotes because it’s part of that membership fee you pay.

Even so, most people who use a concierge doctor still have major medical insurance. However, they may have a policy with a lower out-of-pocket cost and higher deductible.

That’s the model my husband and I are considering. So we’re covered in case of an emergency but we’re not paying through the nose for that “just in case” scenario.

How much does a concierge doctor cost

Speaking of paying for insurance, you may be wondering what a membership in a concierge office costs patients. Not surprisingly, it varies.

For example, Brette pays $1,800 annually to belong to the concierge medical practice or about $150 a month. Some practices charge significantly less.

In researching this article, I found that, on average, practices charge about $60 per month per person. So a couple would pay $120 a month or $1,440 a year.

Keep in mind that some concierge practices also have in-house pharmacies and labs. Laboratory services may be included in the practice fee. Medicine from the pharmacy is often highly discounted–even cheaper than going to a place like Costco to have a prescription filled.

We recognize our privilege in being able to consider a boutique medical practice like a concierge doctor. However, given how hard it is to find a primary care physician in the New England area where we are moving, it may be our only reasonable choice.

That being said, I do look forward to the possibility of having a doctor that’s available to me whenever I need them. While the doctors we see now through UPMC in Pittsburgh have been wonderful, there are always issues when you’re dealing with healthcare through a large provider. I have high hopes that this new model of medical care for us will be worth the price of membership.

Leah Ingram is a freelance writer, lifestyle and money-saving expert. She's also a member of GenX and a devoted Peloton user. She believes that you really can age gracefully and at your best, regardless of where your birth date falls.

For more about Leah, please visit this About page.